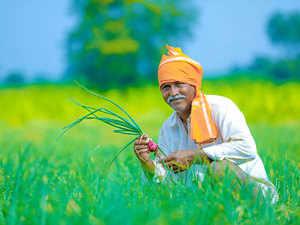 Haryana has requested the Centre to approve higher minimum support price (MSP) for farmers who delay the arrival of their produce of wheat.

State governments are considering staggering and delaying the arrival of crops in the market to contain the spread of Covid-19 during the upcoming procurement season of rabi crops, mainly wheat, when farmers throng mandis. The cereal bowl states of Haryana and Punjab have already sought a delay in procurement of the cereal crop that usually begins on April 1.

“We have proposed to the Centre that the beginning of procurement be postponed till April 15 for the time being,” said a senior official of Punjab’s food, civil supplies and consumer affairs department, who did not wish to be identified. “As there is no certainty over when the lockdown will ease given the spread of the disease, we are keeping our fingers crossed over commencement of procurement.”

The official said that the state is working on a strategy to ensure that social distancing is adhered to during the procurement. “Arhtiyas (middlemen) and related government departments are being taken on board to decongest the mandis and ensure close human interactions are reduced,” said the official.

In Haryana, preparations are being made to delay wheat procurement to April 20 and the state has prepared a staggered procurement schedule. “The aim is to make crop arrival steady and cut gluts in mandis,” said a Haryana government official.

Haryana has requested the Centre to approve higher minimum support price (MSP) for farmers who delay the arrival of their produce of wheat. As per the proposed plan, farmers would get remuneration of Rs 1,925 per quintal of wheat between April 20 and June 5, Rs 1,975 between May 6 and May 31, and Rs 2,050 in June. The state will begin procurement of mustard from April 15, as per the proposal.

In a letter to the Centre, the state said staggered arrival would allow smooth procurement and help contain possibility of spread of the epidemic as well.

This year, states including Punjab and Haryana are staring at an acute shortage of farmhands since annual migration of labourers from Bihar, Uttar Pradesh and Madhya Pradesh has been substantially curtailed owing to the measures taken to contain the spread of the disease.

“Usually labourers start coming to Punjab from other states to facilitate harvesting and mandi operations during the first week of April. There is bound to be acute shortage even after the lockdown this year,” said Amandeep Singh Chinna, president, Arhtiya Association Amritsar.

‘The Banks Are Broke’: This Viral Video From 2013 Is More Relevant Than Ever