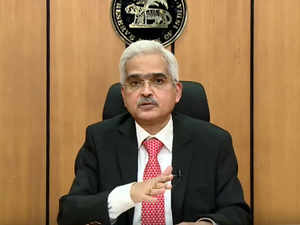 A day after Modi govt began its economy rescue in right earnest with a Rs 1.70 lakh crore coronavirus counter, the Reserve Bank of India joined the big fight today with a host of measures aimed at minimising the damage from Covid-19.

The MPC decided by 4-2 majority to reduce repo rate by 75 basis points to 4.4 per cent.

The reverse repo rate was cut by 90 bps to 4 per cent, creating an asymmetrical corridor.

A moratorium of three months of EMIs on all outstanding loans was announced.

The statement says: “All commercial, regional, rural, NBFCs and small finance banks are being permitted to allow 3-month moratorium on payment of instalments in respect of all term loan EMIs outstanding on March 31.”

For the next three months, no EMI would be deducted from the account of anyone who has a loan outstanding. And all this without any hit on credit score. EMIs will resume after the moratorium period gets over.

This is going to be a huge relief for all EMI payers, especially for those — such as the self-employed — whose income had become uncertain in the wake of the lockdown.

The 3-month moratorium will apply to corporate loans, home loans and car loans. Personal loans will also qualify for this.

Make no mistake, it is a fight never seen before, the RBI governor warned while outlining the risks to Indian economy from coronavirus. He stressed upon the need to keep the credit flowing to the stressed areas of the economy.

Das announced a sizeable reduction in the policy repo rate and maintaining accommodative stance as long as necessary, while ensuring inflation remains within target.

Das predicted a big recession coming for all the world, and said India won’t be immune. It all depends how India responds to the situation, Das said.

Global slowdown could make things difficult for India too, despite some help from falling crude prices, he said. Food prices may soften further on record crop, he added. Aggregate demand may weaken and ease core inflation further, he said.

At the presser, Das also announced:

— Reduction of CRR for all banks by 100 basis points. Will release Rs 1,37,000 crore across banking system.

— Accommodation under Marginal Standing Facility to be increased from 2% from SLR to 3% with immediate effect till June 30. It will release Rs 1.37 lakh crore into the system.

Combined, these three measures will make available a total Rs 3,74,000 crore to the country’s financial system.

Banking system is safe and sound, the governor insisted, adding that it would be fallacious to link share prices to banks’ fate. He implored Indians not to worry about their bank deposits.

After cutting policy rates five times in the past one year, the RBI had been on a pause since December in view of high inflation.

Earlier this week, RBI’s monetary policy committee (MPC) had held an unscheduled meeting to zero in on possible emergency measures.

Asia’s third largest economy has been locked down for three weeks since Wednesday, putting millions of daily wage earners and lakhs of businesses in unprecedented hardship.

Earlier, the financial services secretary had written to RBI seeking a moratorium of a few months on EMIs, interest and loan repayments. A relaxation in the NPA classification norms was also sought with a view to helping those who face loss of income.

Under RBI rules, any default in payments has to be recognised within 30 days and these accounts are to be classified as “special mention accounts”. Experts say a re-classification is necessary to ensure businesses survive the coronavirus hit, even at the expense of banks for the time being.

How McDonald’s made the switch to fresh beef

finance commission: Mortality rate of above 5% could be alarming,…

TD Bank, Starbucks and other businesses are choosing not to board up many of their stores. Here’s why

Here are the American sectors the jobs are coming back in