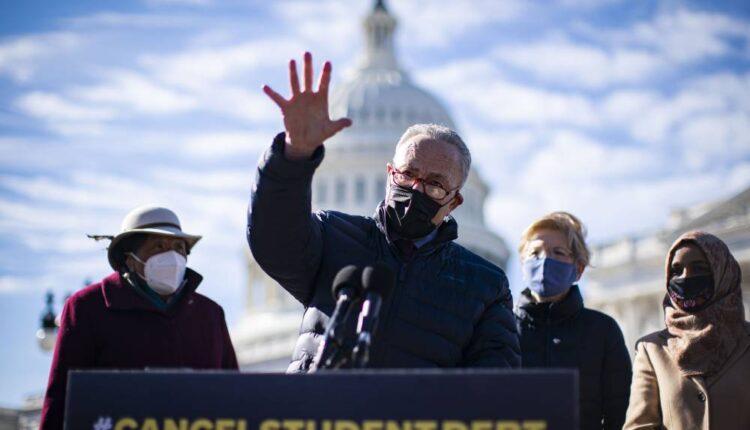 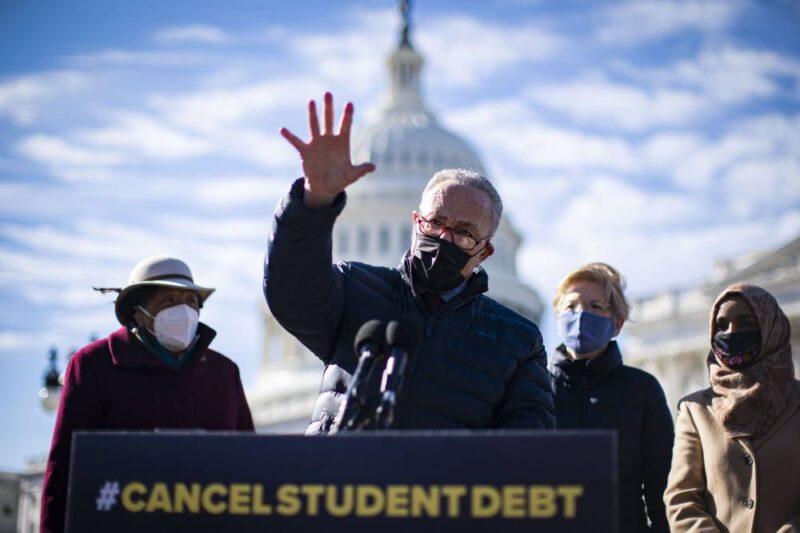 It remains uncertain whether student loan forgiveness will happen — and if it does, how much of borrowers' loans will be canceled.

On the campaign trail, President Joe Biden promised to wipe out at least $10,000 for all borrowers, and more for those who attended public colleges or historically Black colleges and universities.

However, amid the coronavirus pandemic, Biden is under mounting pressure from members of his own party, advocates and borrowers to go further by forgiving $50,000 per person and to do so through executive action.

More from Personal Finance:
The $15 federal minimum wage is back in the House Covid aid package
How soon $1,400 checks and other coronavirus relief could arrive
Long-term unemployment is close to a Great Recession record

"All you need is the flick of a pen," the Senate's top Democrat, Sen. Chuck Schumer of New York, recently said about forgiving student debt. "You don't need Congress."

More than 325 organizations and nonprofits, including the NAACP, the American Psychological Association and the National Consumer Law Center, are also calling on Biden to cancel student debt through executive action. Close to 1 million people have signed a Change.org petition titled, "President Biden: Cancel student loans in the first 100 days."

Many on the right argue that student debt forgiveness wouldn't significantly stimulate the economy since college graduates tend to be higher earners who would likely redirect their monthly payment to savings rather than additional spending. On the other hand, advocates point out that it's low-income borrowers, women and people of color struggling most with student loans — a pattern the pandemic has only exacerbated.

Although Biden has expressed hesitation about canceling student debt through executive action in the past, White House press secretary Jen Psaki suggested this month that the administration hadn't ruled out the possibility.

"The President continues to support the cancelling of student debt to bring relief to students and families," Psaki wrote in a Feb. 4 Tweet. "Our team is reviewing whether there are any steps he can take through executive action and he would welcome the opportunity to sign a bill sent to him by Congress."

She didn't say how much of the debt the president supported canceling, but the proposals would have deeply different impacts.

If all federal student loan borrowers got $10,000 of their debt forgiven, the outstanding education debt in the country would fall to around $1.3 trillion, from $1.7 trillion, according to higher education expert Mark Kantrowitz.

And one-third of federal student loan borrowers, or 14.4 million people, would see their balances reset to zero.

Canceling $50,000 for all borrowers, on the other hand, would shrink the country's outstanding student loan debt balance to $700 billion, from $1.7 trillion.

Meanwhile, the $50,000 plan would forgive all of the debt for 80% of federal student loan borrowers, or 36 million people, Kantrowitz said.

To be sure, there is a growing number of student loan borrowers who owe more than $100,000 and would still be left with large balances even after $50,000 in forgiveness. However, both amounts of debt cancellation — $10,000 or $50,000 — would clear the balances for the majority of borrowers struggling the most and in default.

Some people have been working from home for almost a year now. Do you love or loathe remote work? If you're willing to share your experience for an upcoming article, please email me at annie.nova@nbcuni.com.

Uber won’t buy bitcoin with its cash, may later accept it as…