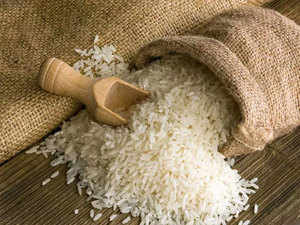 In the nine months to December 2019, export of non-basmati rice from India had dwindled to 3.5 million tonnes compared with 5.7 million tonnes in the same period of FY19. Chandigarh: India’s export of non-basmati rice is seen reviving from the next quarter on fresh rabi arrivals and an expected surge in global prices. Rice shipments this year have been down by a third despite good global rates because of low stocks.

“The arrival of fresh paddy crop will improve the export scenario as the availability has been a challenge this season so far due to higher purchase by government agencies,” Himangshu Aggrawal, director of Balajee Rice Industries Ltd, a Chhattisgarh-based leading exporter of non-basmati rice, told ET.

This season is also likely to see increased private purchase, driven by international prices and higher output. The international price of 5% broken parboiled rice, a category widely exported from India, had increased to $ 470-480 per tonne due to higher demand in the current quarter. Indian exporters were unable to cash in on the lucrative market due to low stocks after farmers chose to sell to government agencies in the last season.

Private purchase of rice was down in the last season due to paddy’s high price, which had been fanned by an increase in minimum support price and bonus payment made by the government of Chhattisgarh. “Indian exporters also desisted from bulk purchase in the previous season as China had offloaded its stocks at discounted rates in the international market,” a rice exporter said.

In the nine months to December 2019, export of non-basmati rice from India had dwindled to 3.5 million tonnes compared with 5.7 million tonnes in the same period of FY19.

To boost export of white rice, the Indian rice exporters’ lobby had sought incentives under the Remission of Duties or Taxes on Export Product (RoDTEP) scheme. The industry had sought incentives of up to 8% under the scheme to include logistic costs and duties for export of rice. Export of white rice faces stiff competition from Myanmar, Pakistan and Vietnam due to their low logistics costs, said industry executives.

“Export incentives are required to catalyse the sagging exports from India and the Remission of Duties or Taxes on Export Product (RoDTEP) scheme could provide necessary succour to the industry,” Rajiv Kumar, executive director of The Rice Exporters’ Association, told ET.

He said the government needs to appeal against the partisan global preferential treaties that hurt rice exports from India. “Philippines, one of the largest buyers of rice, levies a duty of 50% on rice from India, whereas it is 35% on imports from Vietnam and Thailand.” Kumar said.

“Despite the lucrative market, shipments from India will remain low in the current financial year due to limited availability of stocks with exporters,” Rakesh Kumar Singh, vice president, The Rice Exporters Association (TREA), told ET. Singh said shipments will pick from April as fresh harvest arrives in the country.